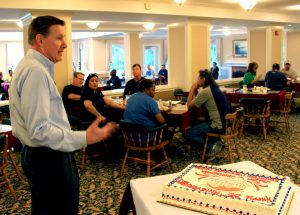 Thirty-five years ago a commitment was made by the IAM Executive Council to support William W. Winpisinger’s vision of a full-time residential facility to educate and train members and staff in organizing, bargaining and leadership. That commitment of educating members remains today and is an integral part of the IAM’s cultural DNA.

The first class, a two-week comprehensive organizing program held in a windowless classroom in the basement of the dining hall, was attended by 20 IAM staff from across the U.S. and Canada in the last week of October 1981.

Since the inaugural class, the Winpisinger Center has expanded to operating 47 weeks a year utilizing 114 guest rooms, five classrooms, two computer labs, six conference rooms, an auditorium and a theater.

Although physically, the school doesn’t quite look the same as it did over three decades ago, the mission remains the same; developing union leaders of the future. The range of programs has grown more than anyone could have predicted, in both number and content. 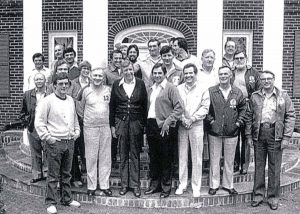 The Winpisinger Center held its first class in October 1981.

During the first year of operation the school held three training programs and hosted 51 members. In 2015 the Center administered 139 programs, with more than 2,800 members participating. In total since opening in 1981, more than 90,000 members have completed programs at the Winpisinger Center.

“The Winpisinger Center is an integral part of the IAM and we all benefit from the vision our past leaders had for educating and training our members,” said IAM International President Bob Martinez. “We are a better, stronger and more effective labor organization because of it. More importantly, our members are better served for having access to such a fine educational facility. Our focus is to continue to grow our membership through education.”

Placid Harbor isn’t the only part of the IAM that’s changed in the last 35 years, so has the membership. Classes are now offered in three languages in order to give Spanish and French speaking members an opportunity to learn in their native language.

“We are very thankful to our leaders—past and present, and to our members who are dedicated to the continuing education of this great union,” said William W. Winpisinger Education and Technology Center Director Chris Wagoner. “There is no other labor organization in North America that provides the level and scope of education that is offered at the Winpisinger Center.” 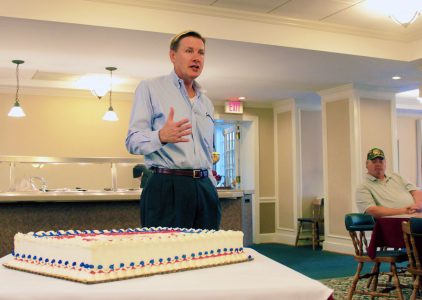 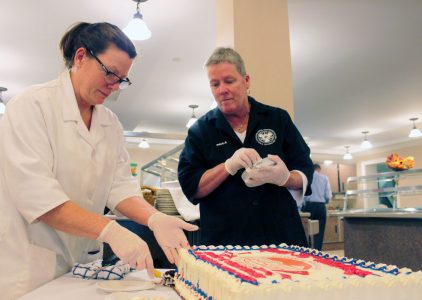 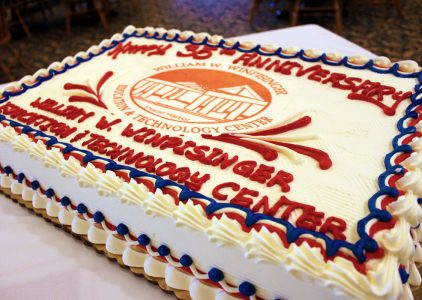 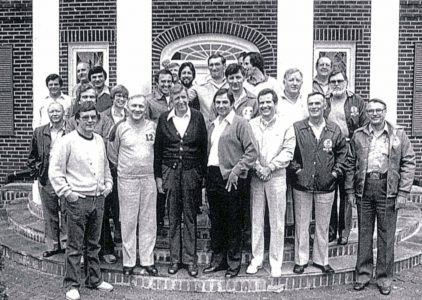 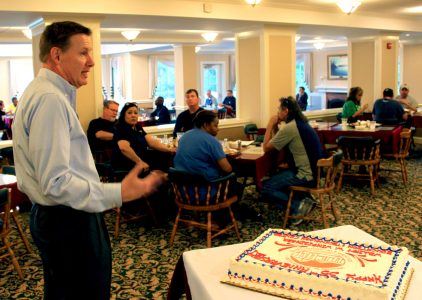