Being part of a union is being part of a family. We celebrate birthdays and anniversaries. We take time to honor holidays and special events. And we recognize the moments that gave shape to who we are. But it’s not often that all of this comes together in one local lodge meeting. 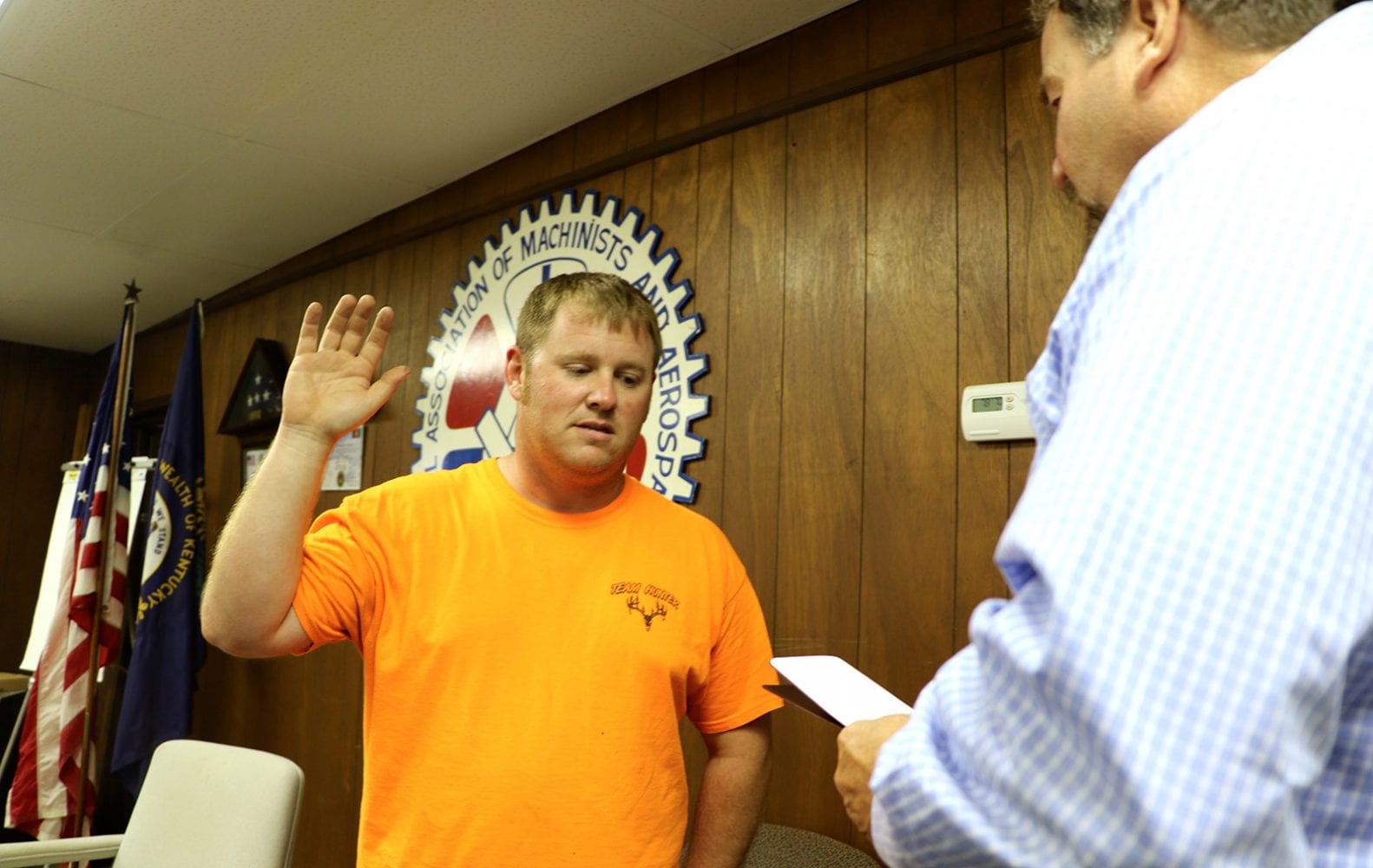 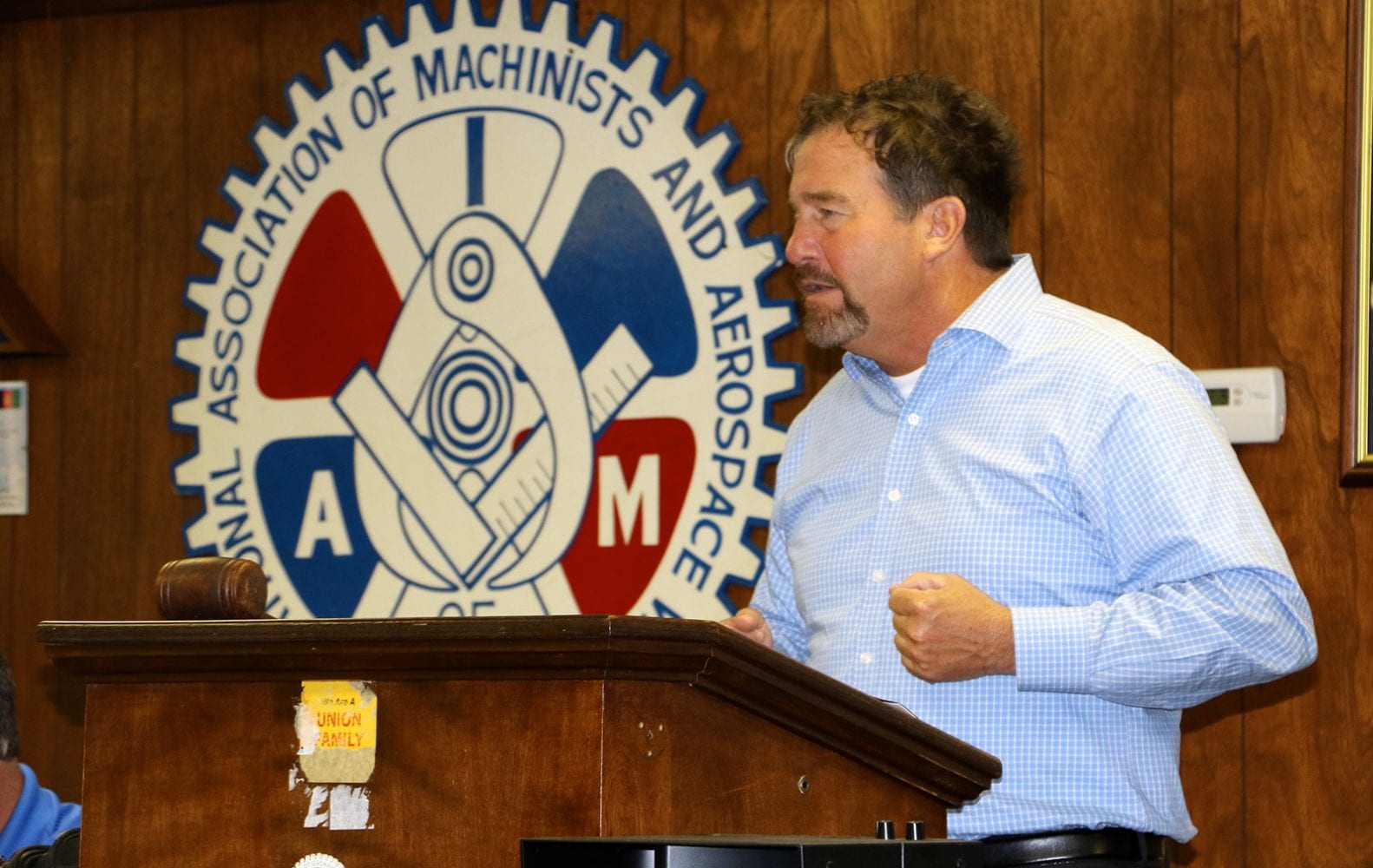 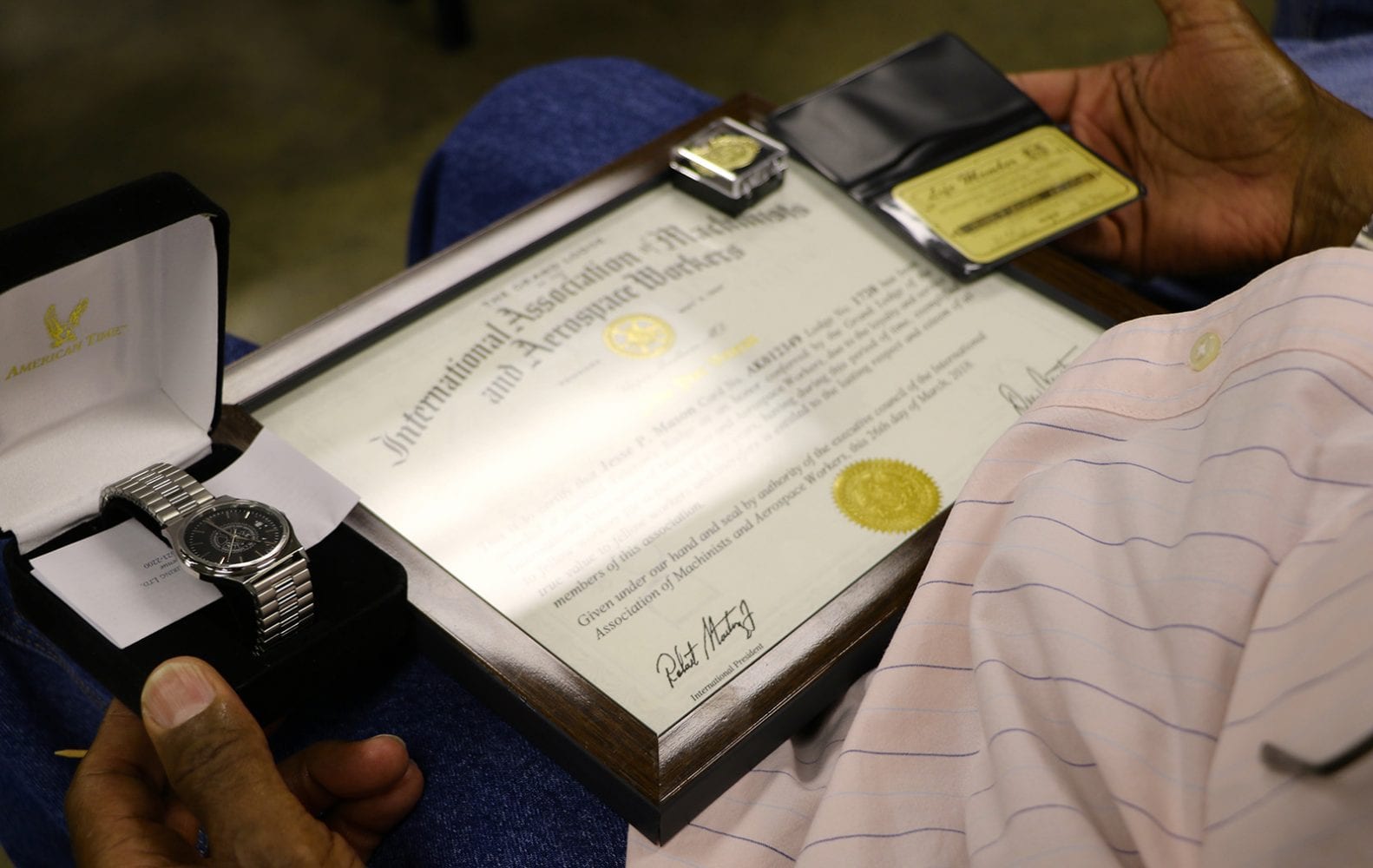 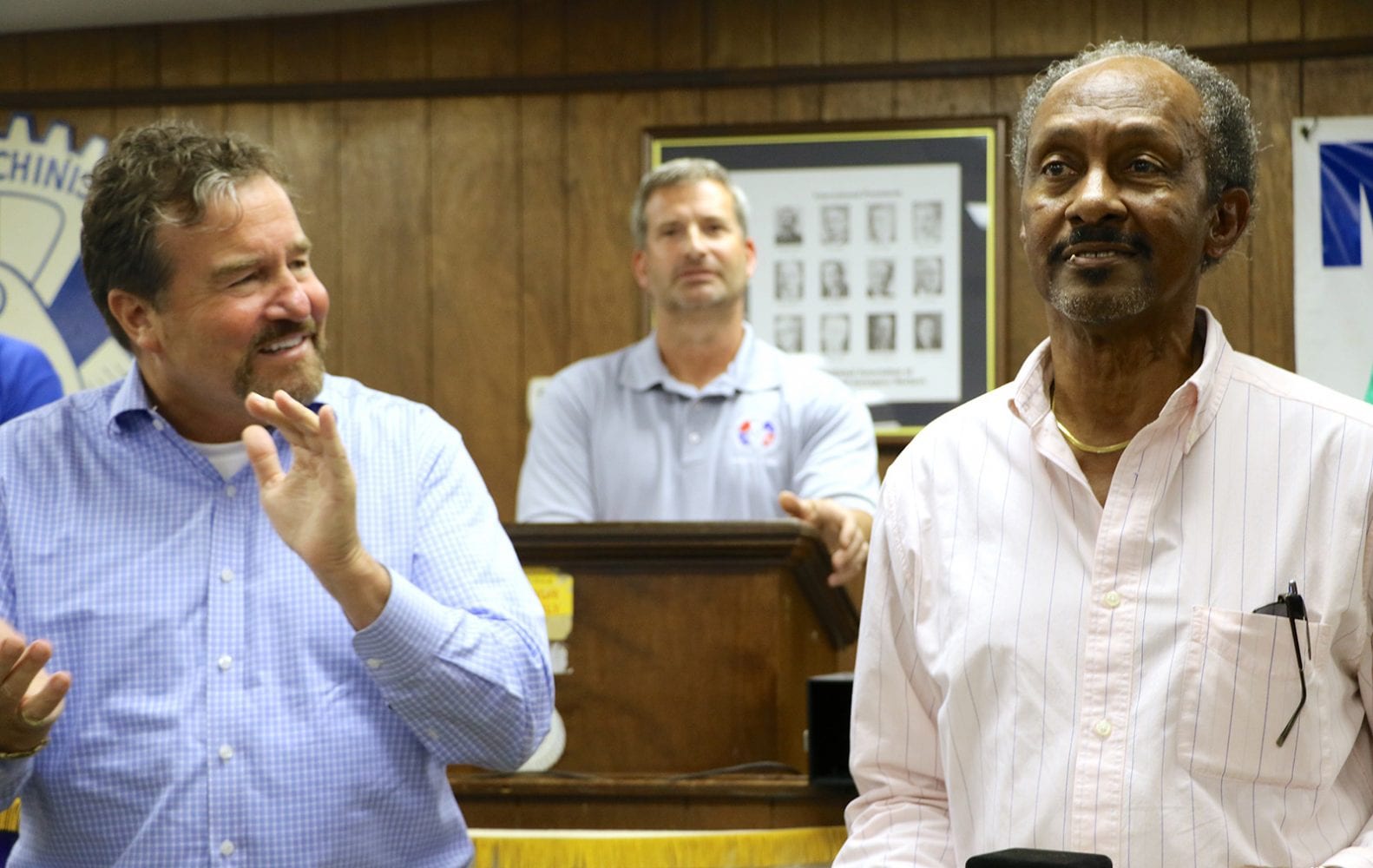 “It was a very unique and wonderful opportunity to be at Local Lodge 1720 to not only honor a 50-year member but to also swear in someone new to the labor lineage. I was very honored to be part of both of those momentous occasions,” said IAM Southern Territory General Vice President Mark A. Blondin.

It was December 1, 1967 when Jesse P. Mason signed his machinist union card as an employee of GAF which today is ISP Chemicals, LLC in Calvert City, KY. Fifty years later, as a non-stop dues paying member, Mason says he’s proud of this accomplishment, even if he didn’t see it coming.

“I didn’t realize it had been that long,” said Mason with a sheepish little grin.

Armed with his 50-year pin, certificate and lifetime Machinist card, Mason took his seat at the Local Lodge 1720 meeting as he’s done so many times before. It was time now to watch a young man from the next generation of labor begin his journey. Sean O’Brien was about to be sworn in as an official member of the IAMAW.

“I didn’t know the General Vice President would be here tonight,” said O’Brien with a slight look of apprehension on his face before approaching the dais.

But in the end, with his union family looking on, it became a moment that won’t be forgotten by anyone in that room. Without a hitch, O’Brien recited the Machinist’s oath with a confident poise in a strong and steady voice.

District 154 Directing Business Representative Howard “Bubba” Dawes stood in the back of the meeting, quietly watching it all unfold.

“A lifelong and a new member all in one meeting,” said Dawes with a shake of his head, “That’s a good day!”