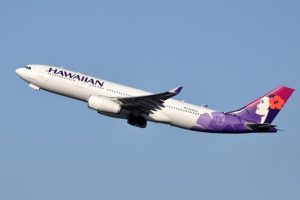 Approximately 2,500 IAM members at Hawaiian Airlines received previously unpaid 2014 and 2015 profit sharing in their December 2016 paychecks. This unprecedented payout by the company has never been extended to any union group and is the direct result of the good working relationship the IAM maintains with Hawaiian Airlines and the positive impact the IAM’s Board of Directors member, Joseph Guerrieri Esq., has had for IAM members at the carrier.

“We thank Hawaiian Airlines for recognizing the integral role our members had in the airline’s successful 2016 campaign,” said IAM Transportation General Vice President Sito Pantoja. “We also appreciate the role Joe Guerrieri plays in maintaining a strong working relationship with the airline.”