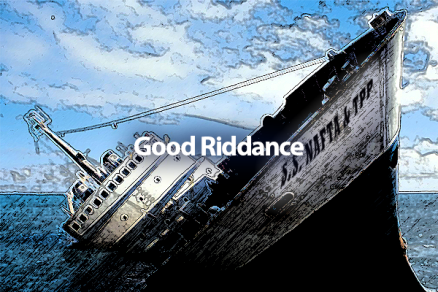 President Trump formally withdrew the U.S. from the Trans-Pacific Partnership (TPP) and announced plans to renegotiate NAFTA, two trade deals with dire consequences for working people. What his administration does next is the real question.

The IAM, and a strong coalition of labor and other groups that successfully blocked the TPP last year, have laid out a trade agenda that will help Trump fulfill campaign promises to bring U.S. jobs home.

“The IAM is heartened by today’s announcement that the U.S. is withdrawing from the TPP and is seeking to reopen NAFTA,” said IAM International President Bob Martinez. “The move signals the beginning of changing a culture that has for years encouraged companies to ship American jobs overseas.

“While this is an important first step in stopping corporations from offshoring good manufacturing jobs to countries like China and Mexico, the real work is still ahead,” said Martinez. “Establishing a new trade policy that actually works for working people must include a number of essential changes that are fair and just.”

The AFL-CIO issued a blueprint for how to rewrite NAFTA to benefit working families. The plan addresses currency manipulation and rules of origin, eliminates a private justice system for foreign investors, and removes a rule which undermines “Buy American” laws.

“This is a moment to come together and advance a new trade agenda that benefits working people at home and strengthens our position in the world,” said AFL-CIO President Rich Trumka.