“This was never about money,” said Jody Bennett, IAM Aerospace Coordinator and one of the leads from the ULA negotiations. “This was always about respect and dignity for the IAM members who are literally setting the course for the future of the space industry.” 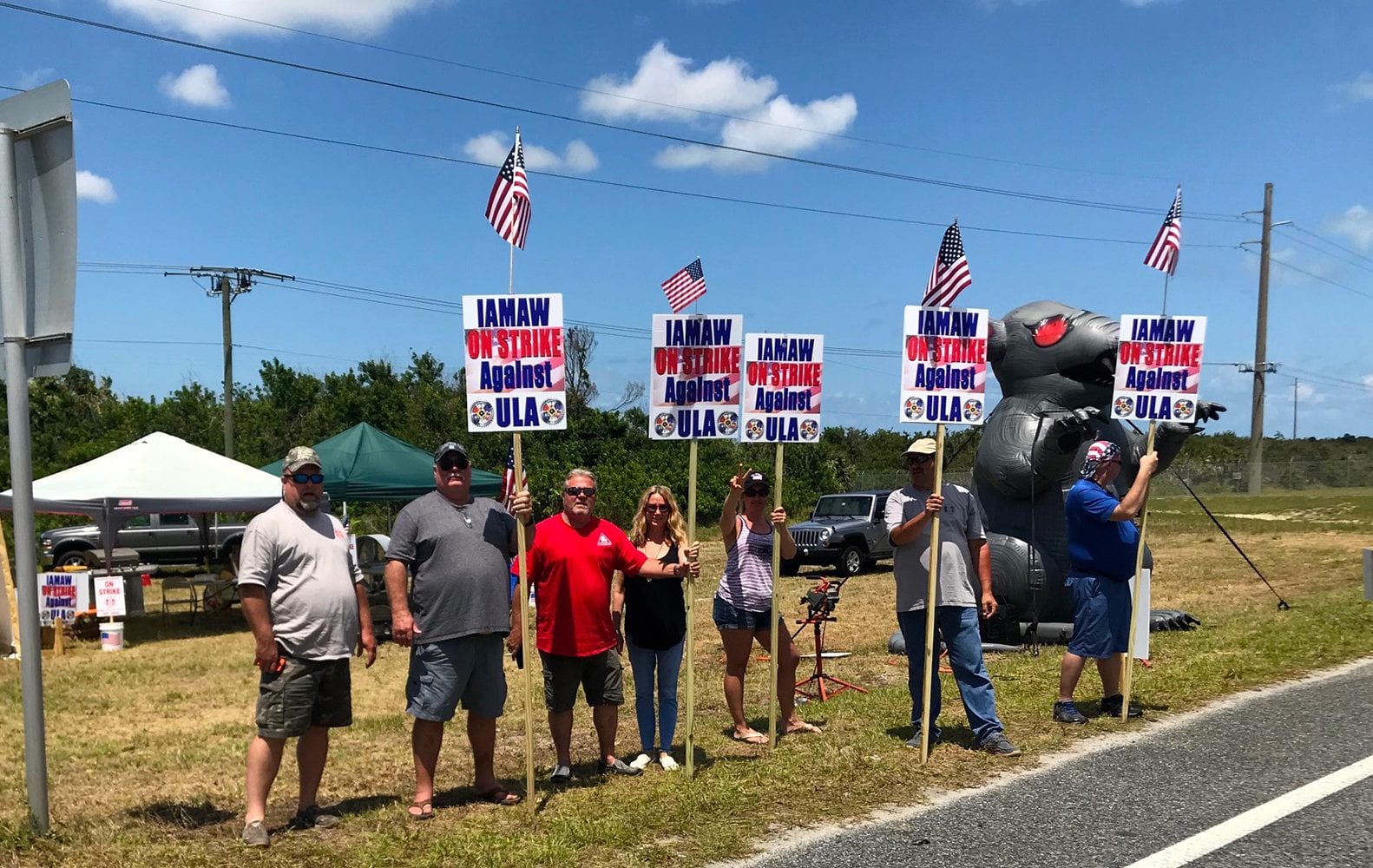 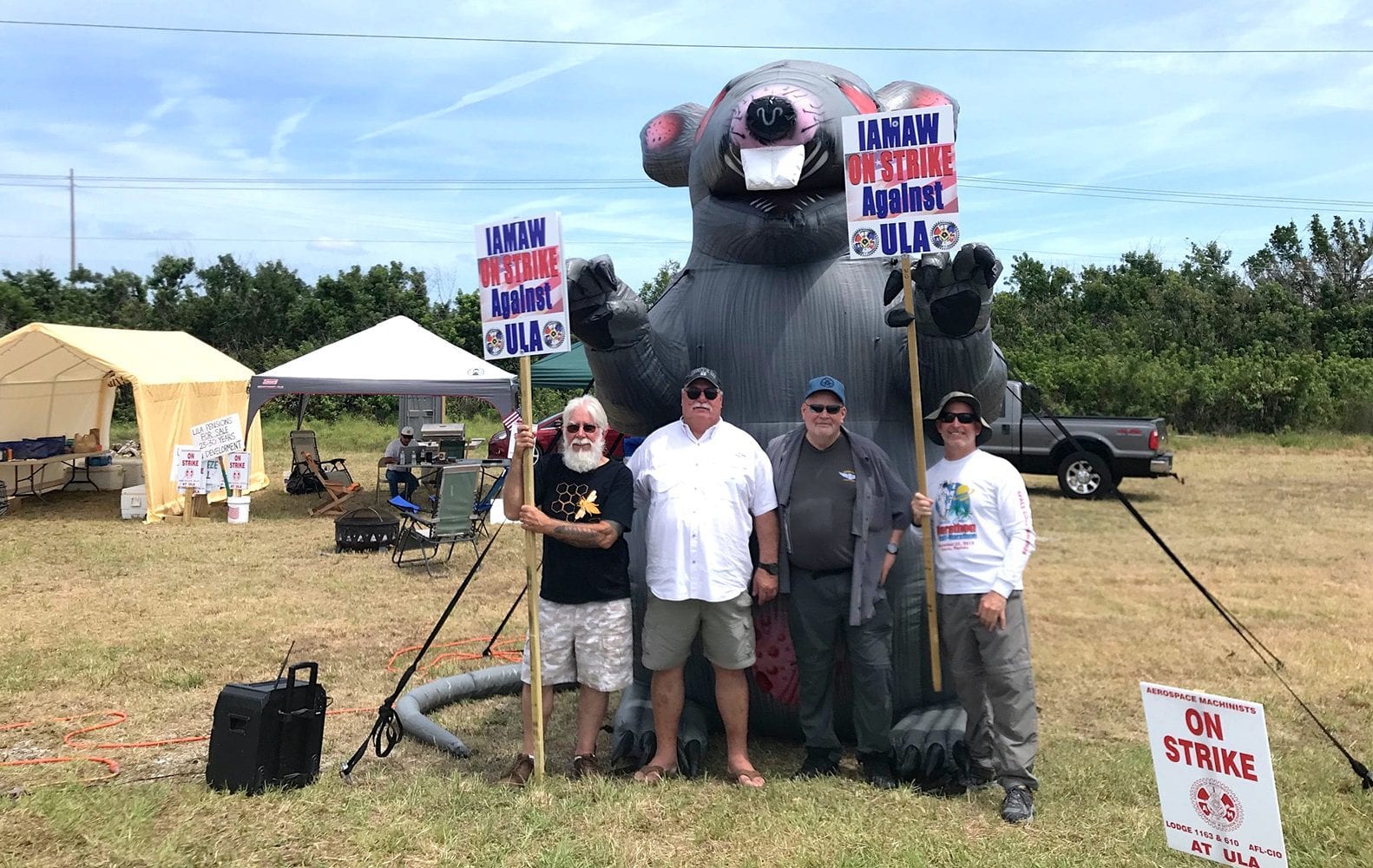 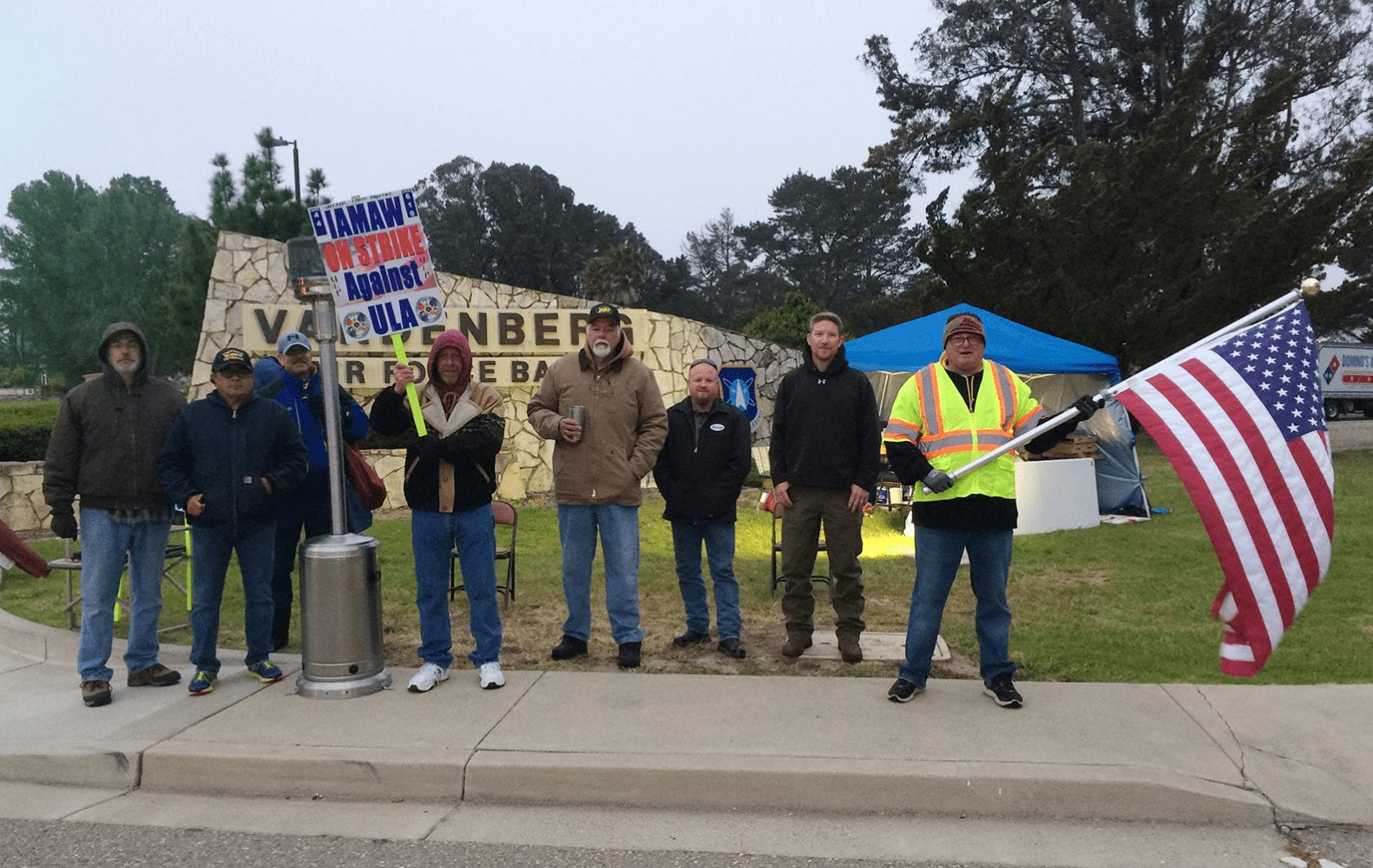 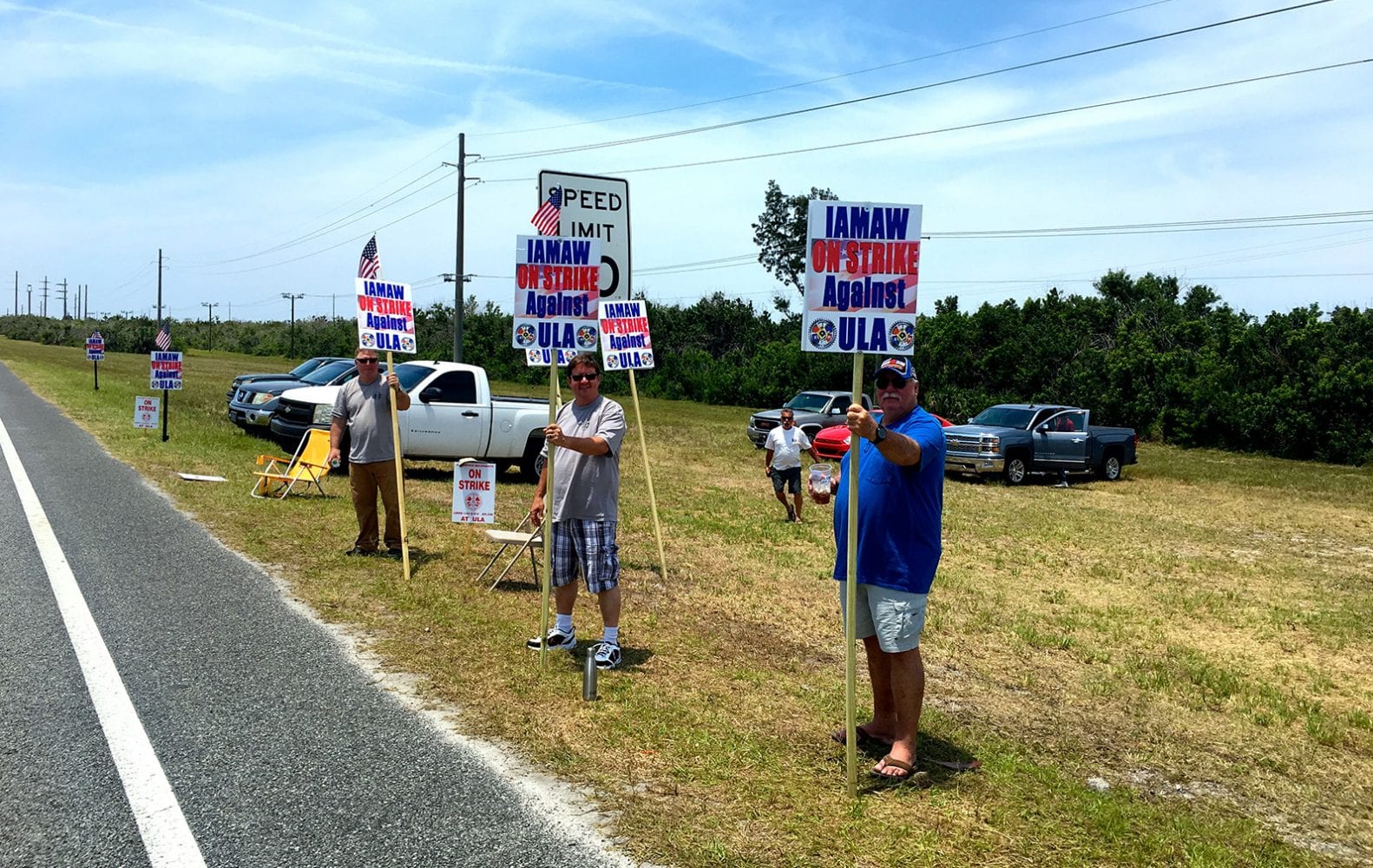 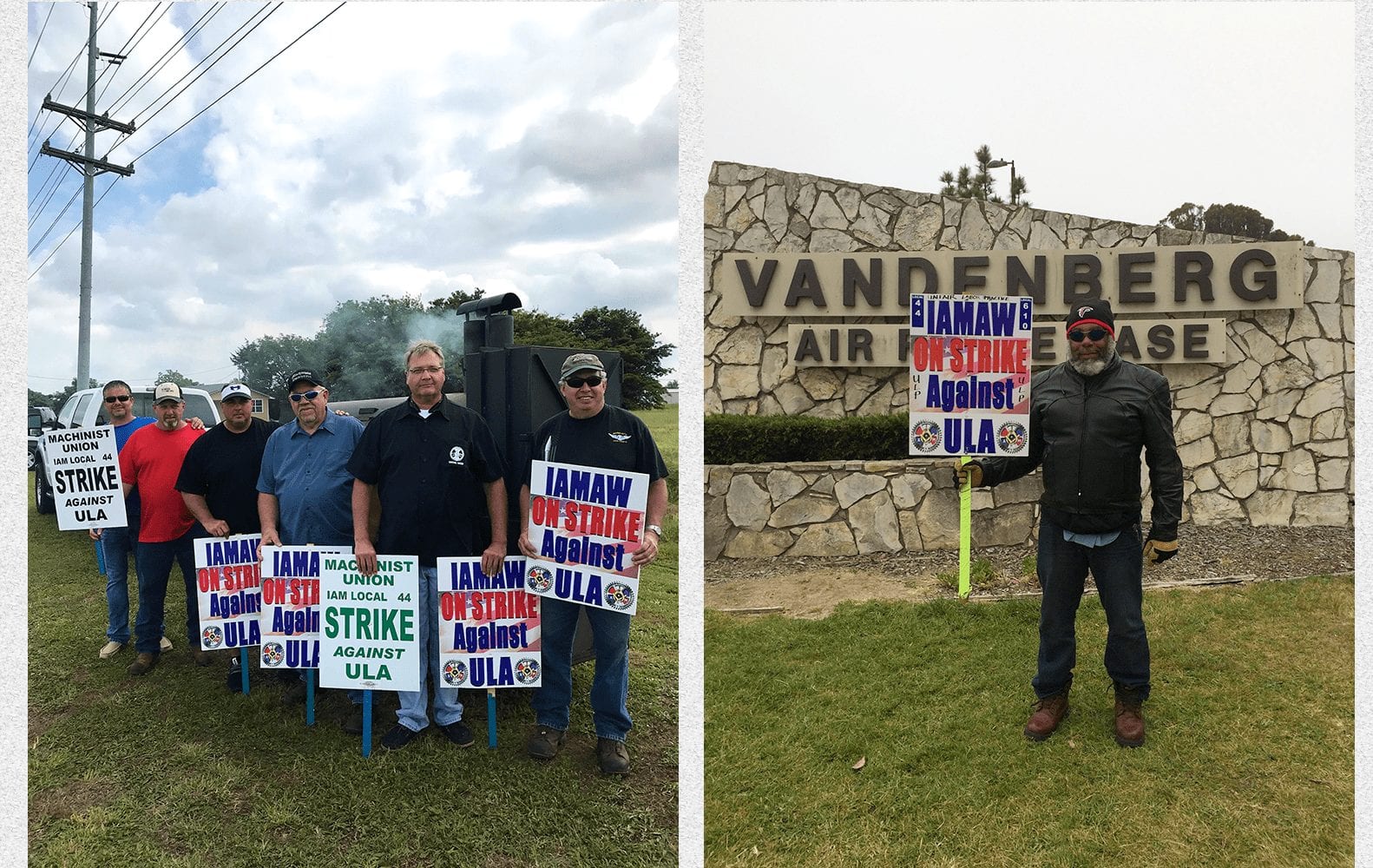 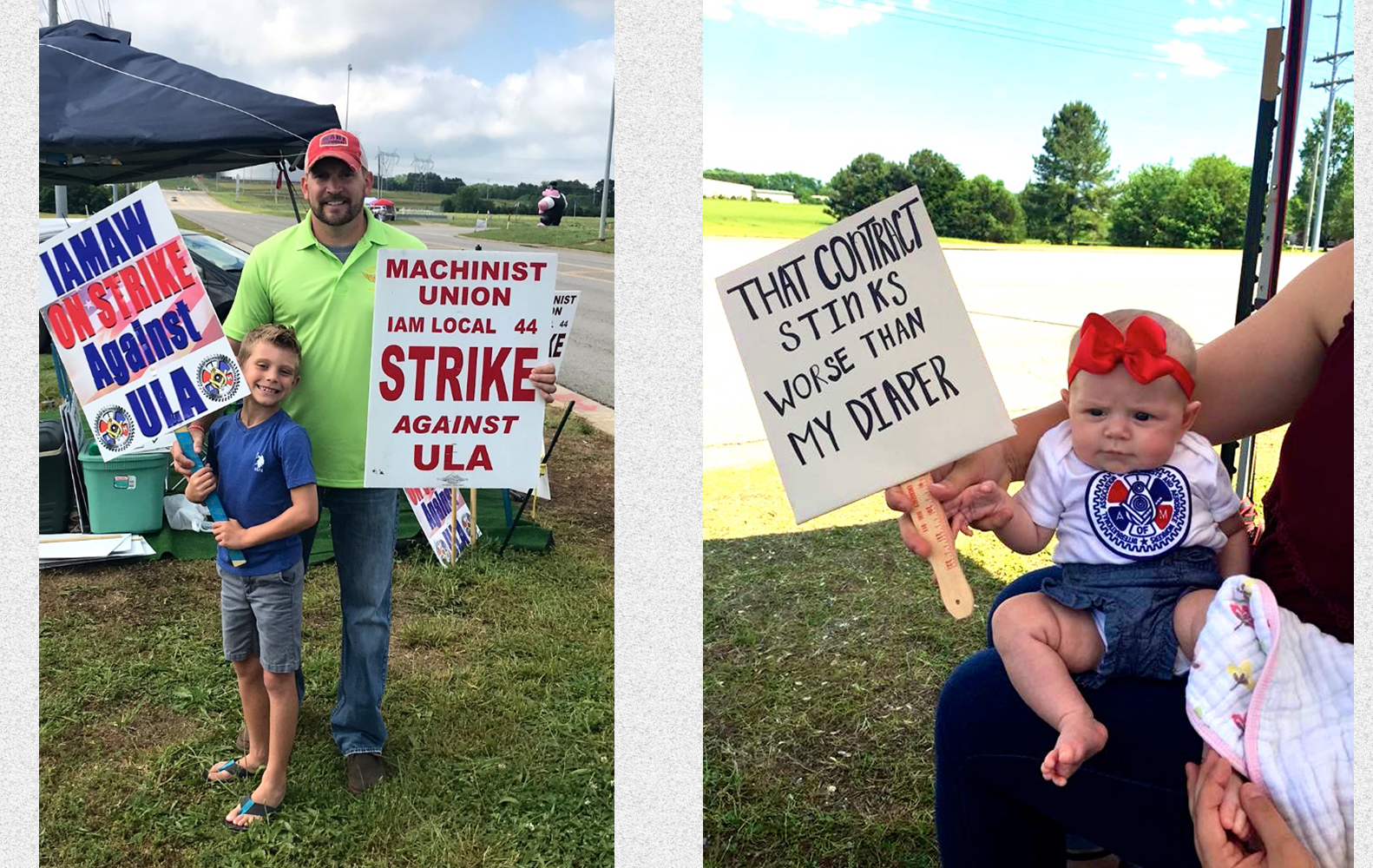 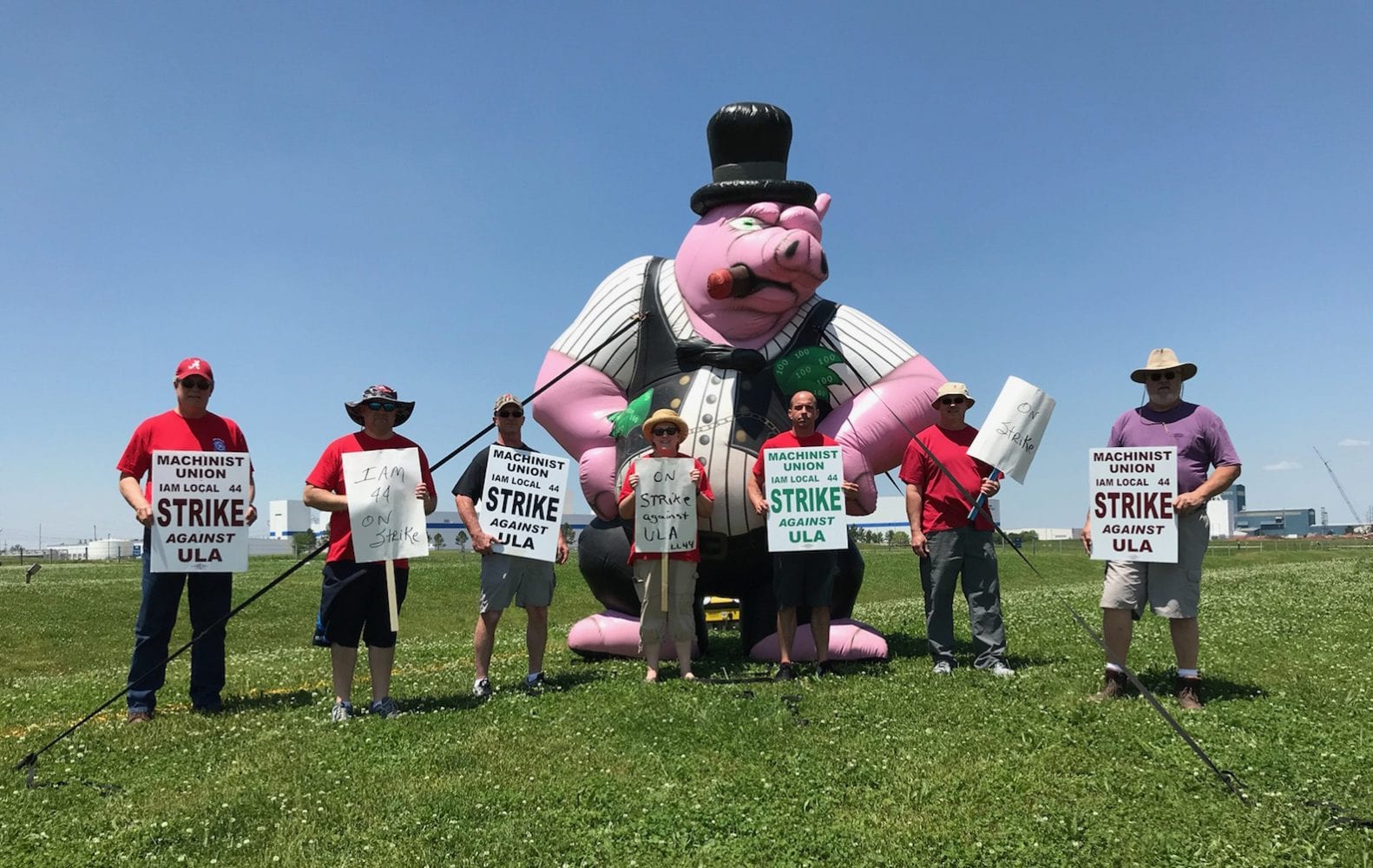 “I watched these workers have no choice but to reject ULA’s first offer and go out on strike. No one made that decision lightly but in the end, armed with a strong message and even stronger solidarity, our union family at ULA was successful in getting a contract which recognizes their hard work and dedication.”

That was always the core reason why the Machinists felt they had to sacrifice everything and strike ULA. And anyone who visited the line, watched their social media posts or viewed the local newspapers and television stations saw that firsthand.

“It sounds cliché when the labor movement says the fight of one is the fight of all.  But in this case, it couldn’t be more true,” said Southern Territory Grand Lodge Representative Tony Wirth.  “Not 48 hours after the strike ended, I was sitting at a bargaining table with another aerospace company who told us right away that he had followed the headlines of our strike with ULA in the media from beginning to end. In a room where everyone is trying to get their best deal, that statement sets a precedent and tells the other side that the union is dead serious about fighting for the rights of workers.”

On Saturday, May 19, 2018 the majority of members from all three ULA locations of Decatur, AL, Vandenberg AFB and Cape Canaveral, FL voted to accept the company’s latest offer. This agreement moves closer to what members wanted. But like any negotiation, not every issue on the table was solved for all. The final agreement runs for four years with general wage increases and includes language to prevent subcontracting in the future. Work travel rules and regulations were strengthened, but some feel the company could offer more in that arena. Health insurance costs remain at current levels or even less for some depending on that plan.

“The ratification of a new agreement is a huge win not only for Machinists Union families at United Launch Alliance, but also for the U.S. space program and the local economies in Alabama, California, and Florida,” said International President Bob Martinez. “Machinists Union members have been an integral part of every U.S. space launch since the original Mercury program. The U.S. space program keeps our country safe and this new contract with United Launch Alliance will continue to set the standard in the U.S. Space Industry.”

“In the Southern Territory, we look at every contract as a building block for the future,” said IAM Southern Territory General Vice President Mark A. Blondin. “What the negotiating committee was able to accomplish is good for workers but there’s always room for improvement. It’s our job as union representatives to make sure that each time we leave the table, we have done all that’s possible to give our members the best Machinist contract that we can.”

“It was apparent to our members that the company was eroding the very fabric of family unity with the arcane contract language, but our members knew the ramifications it would have on them and made the choice to reject the contract,” said Western Territory General Vice President Gary Allen. “Their strength, unity and dedication got them what they needed to return to work.  As a union we fight to protect our families and their futures.”

The post In Solidarity We Trust appeared first on IAMAW.